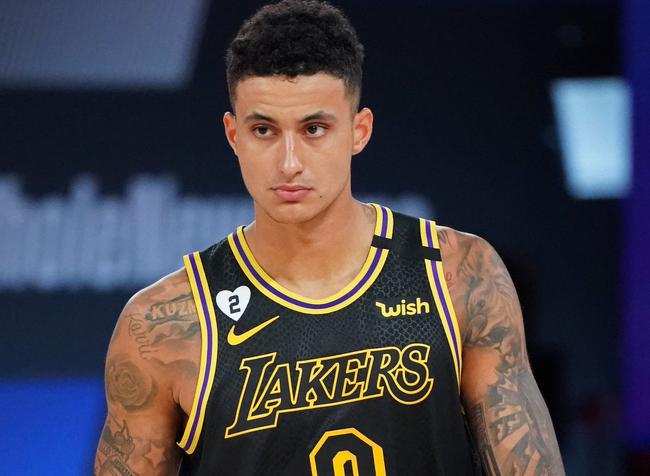 Beijing time on October 5th, Lakers player Kyle Kuzma was criticized by fans on Twitter for his recent poor performance. Some fans even said that if the Lakers win the championship, Kuzma is not worthy of the championship ring. Faced with such criticism, Kuzma responded today that he didn't care at all.

In the second game of the finals, Kuzma felt nothing and only made 1 of 7 shots. In addition, he also made a pass error during the game without looking at people. This scene was reposted wildly on social media, and countless fans criticized Kuzma.

After the game, some fans even launched a proposal on the petition site Change.org, calling on "If the Lakers win the championship, Kuzma should not get the championship ring." As of press time, more than 8,000 netizens have supported this proposal.

After the game today, some media asked Kuzma what he thought of the "spots" on social media. Kuzma responded: "I don't care. Twitter is a joke, it can't affect me."

In addition to the verbal response, Kuzma also responded to the doubt with practical actions today. In the third game of the finals, Kuzma's performance picked up. He made 4 three-pointers from the bench and contributed 19 points and 3 rebounds.